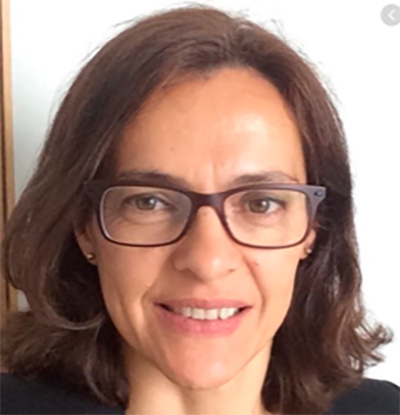 Dr. Muniz Terrera is a Senior Lecturer ( Associate Professor) in Biostatistics and Epidemiology at the Edinburgh Dementia Prevention  group of the University of Edinburgh  where she works in collaboration with colleagues in the European Prevention of Alzheimer’s Dementia (EPAD) and PREVENT dementia studies. She is the lead methodologist in  EPAD Scotland and PREVENT, and also leads epidemiological research in both studies.  Jointly with colleagues at the University of Victoria, BC, Canada, Graciela co-leads  the Integrative Analysis of Longitudinal Studies of Ageing( IALSA) network of longitudinal studies of ageing and dementia.

After finishing her PhD at the MRC Biostatistics Unit (BSU) of the University of Cambridge, she worked at BSU as a research statistician  for several years  before   joining the MRC Lifelong Health and Ageing Unit at University College London (UCL).  Her research has been supported by an MRC Career Development Award in Biostatistics, the Alzheimer’s Society, philantropic organisations and  the US National Institute of Health.

Graciela has received several awards and has also taught, supervised and mentored numerous Early Career Researchers at various universities in the UK, the USA, Canada, India and Latin America. She is originally from Uruguay, where she completed her undergraduate  studies and Master degree  in Mathematical Statistics at Universidad de la Republica.