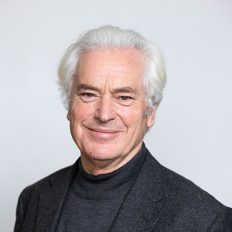 His research on the human brain’s attention systems has led to a number of new ways of measuring how humans pay – or fail to pay – attention and he has  extended this research to the development of new therapeutic methods for a range of psychiatric and neurological conditions.

This work on the attention systems of the human brain has also resulted in a new theory of how socio-economic factors such as poor education and social deprivation interact with the biology of the brain to increase risk of dementia (Robertson, 2013  Neurobiology of Aging 34, 298–308).

His work has been published in over 400 papers in journals such as Nature, Psychological Bulletin, Journal of Neuroscience and Neuropsychologia, and in several books, including the leading international textbook on cognitive rehabilitation, which he co-edited with Canadian colleagues Don Stuss and Gordon Winocur.

He is a Member of Academaea Europea, and a Member of the Royal Irish Academy, as well as a Fellow of the American Association for Psychological Science in recognition of his “sustained and outstanding distinguished contributions to psychological science”.